by hugolin
Why not having a common thread to b.s. a bit, in a role-playing tone?

I will start by saying how well Japan is adapting to Western lifestyle, by bringing economic prosperity and development in Asia, by bolstering Manchukuo and Mengkuko infrastructure and industrial capacity. 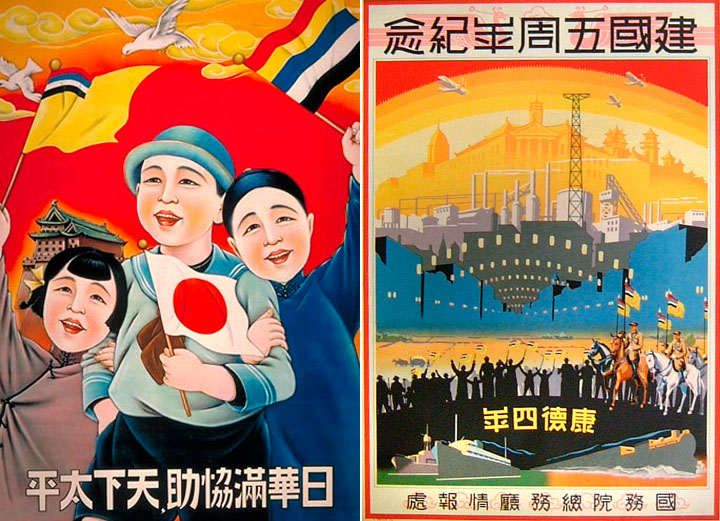 by pedal2000
The Great Furr is pleased to hear that the Japanese people hope to bring the same prosperity to their people that the German people now enjoy. Hopefully all people of the world can join in this new era of peace and prosperity for all! An official statement will be coming shortly from the new leader to his fellow world leaders!

The Great Furr is pleased to hear that the Japanese people hope to bring the same prosperity to their people that the German people now enjoy.

The Emperor takes umbrage at this statement from its german friend, a statement that snidefully (ok ok, snidely) belittles Japan . We certainly produce more rice than Germany. And more ships. Ships are like very big tanks. How many Panzies tanks fit in one of our Yamamoto class BB? Several divisions. And then we have CVs. It's like a big floating tank, with flying tanks on top of it.

To convince you, our military staff exceptionally authorized the release of some top-secret reseach:

by sabbath
Too bad you can't embed youtube here.

Here is the only propaganda USA needs:
http://www.youtube.com/watch?v=sWS-FoXbjVI

by El Duck
In coordination with The Emperor, the Maximus Cheeto, I am very pleased to announce the signning of the Treaty of Eternal Peace between the Union of Soviet Socialist Republics and the great Japanise empire. The treaty will ensure a stable border between these two important Asian countries in perpetuity and guarantee a vital supply of resources to the Emperor while he is engaged in the life and death struggle of liberation for the enslaved Chinese peoples.

The treaty falls somewhat short of the formal alliance many see as inevitable. However, it should be viewed as an inportant first step towards the eventul union of the land-oriented bear of the north with the maritime sea eagle of the south for the benefit of peace in Asia and beyond. The full text of this important precursor treaty is as follows:

Point 1. The duration of this treaty will be forever.
Point 2. In the event forever is of a short duration; we mutually agree that a one-month notice of revocation will be given.
Point 3. The border provinces between our territories will be demiliterized and remain free of any type of unit.
Point 4. A NAP will remain in force between our two empires.
Point 5. The present free-trade agreement currently in effect will remain in force regardless of developments in Europe.

The Treaty was signed in Moscow by a repersentive of the Maximus Cheeto and Comrade Marshal Duckling himself on the 30th of SEPT 1939.

by hugolin
Another copy was also signed in Tokyo, by a representative of the USSR, and Emperor Cheeto himself.

A picture of the signing in Moscow, with Comrade Duck, sitting and Ambassador Itchycrouch.

A picture of the Tokyo signing: by sabbath
Edited by Fascist moderator.

by hugolin
Assumptions. The Japanese Empire won't bow to any master.
BTW when you feel murderous, it's sometimes better not to post.

Also it'd be nice if you posted here, in this thread I started, with a bit of a role-playing writing style. Tong-in-cheek is always an option. Thanks. 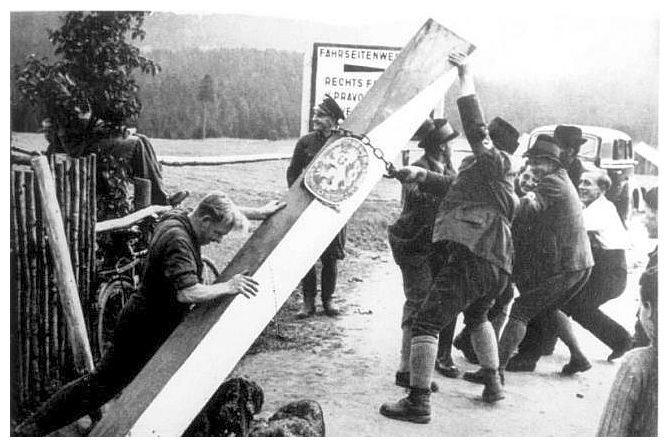 German and Czech's alike tear down the borders of the past world and usher in a New Global Order!
In a surprise statement today, the heads of Czechoslovakia and Germany announced a formal alliance! Said The Grand Furrier, "The friendship of our two people goes beyond that of a simple military alliance and extends to one which shall be a beacon of light to the entire world in this brave new world. Today it is my esteemed hope that this shall be the first step not only in the creation of a Union of Europe, but in ushering in Peace in Our Time amongst all people of all countries."

In accordance to this high ideal espoused, German Ambassadors have been busy contacting all the major powers of Europe for negotiations and a new era of trade and prosperity for all!

by hugolin
Onward in China!

Not to be left behind, The Imperial Japanese Empire announces new mobile doctrine.
Says Cheeto: "We hope to increase mobility while keeping our oil expenses to a minimum. With this goal in mind, we explore a lot of new technologies."

The Imperial Army is officially releasing the following images to boost the glorious fighting troops' moral:

by hugolin
INCREASING TENSIONS IN SCANDINAVIA

Emperor Cheeto wants to distance himself from the tense situation arising from the greeds of Germany and Russia, who see their neighbouring smaller countries as pawns, and have shown no consideration outside of propaganda statements for the feelings of the peoples of these countries.

I want at the same time to express my goodwill toward these two Major Countries, and wish them a peaceful resolution of their differences.

by hugolin
China to the Chinese!

Emperor Cheeto announces a certain "(...) existential fatigue" in regard to the escalating war in China.
Ambassador Wee Tole You was heard saying the following at a League of Nations meeting:
"We want to disengage from China and stop this senseless war, but we cannot find any government official representing China. Who will speak in Nationalist China's name? Who? "

The Grand Furrher spoke today at an emergency meeting of the Union of Europe Leadership for Peace, Prosperity and Pension Funds Council regarding the increasing tension with Russia and the ongoing conflict in Asia. "There exists areas in which Russia and the Union of Europe's Peaceful Diplomatic Corp For Peace have had some minor disagreements, it is true but I am confident that our two great nations will be able to handle matters with the utmost delicacy.

However these negotiations are not helped at all by the interference of those whose attention should not stray from their own ongoing problems lest they lose focus and cost even more lives!

Naturally, we feel nothing but mutual goodwill with all brothers of Earth, as well."

by hugolin
A growing threat

As Europe was receding from the brink of conflict with the unfortunate Finnish Affair, the greedy Western Allies of United Kingdom and France took advantage of the situation to meddle in the Spanish Civil War, something just about never seen before, and to destroy the courageous Spanish Nationalist Government.

This entirely new situation destroys the prevalent Balance of Power: the UK now has over 300 ICs, France has over 100 ICs, and Spain will soon explode over 50 ICs with the generous subsidies from the Imperialist powers. In effect, the Allies are now on full-on wartime economy, even through peacetime, and are rearming like if war was just around the corner. This new coalition forces a diplomatic realignment of Europe, and even the faraway USA has to take note of this momentous change.

Even peaceful Emperor Cheeto had to take notice of this change, and internal talks are underway as to wether Japan should continue the peaceful development of its economy, infrastructure and navy, or switch to short terms production and rearm its troops to defend the Japanese home islands.

The world has to know that the Western Allies declared war on Spain, so any kind of treachery can be expected from them.

by gogopher
news bulletin: spain returned to civil government by the courageous intervention of the western powers...a new reign of peace and prosperity is around the corner for the free people of spain....integration of allied forces were a marvel of military might which has calmed world markets down since the sinister and totalitarian invasion of scandanavia and the rise of a new german puppet

in the east: situation in china has become desperate with fighting on the french indo-china border raging...refugees fleeing the japanese and their secret police are being welcomed in droves...

on other fronts: combined naval exercises showcase the might of the allied sea power and offer the world a deterrent to japanese expansion...dutch and belgain officials brushed off allied overtures to expanding the alliance but cordinated defensive strategies are being planned...
All times are UTC-07:00
Page 1 of 5