A relatively calm session following the tumultuous conflicts of last week. Most of the allies spent time licking their wounds, though Britain, Spain, and Russia each took turns carving up the now defunct Ottoman Empire. The lack of determined leadership has left them vulnerable to attack. France remains at war with Britain, and unrest is beginning to grow in the fields, but as of now, the French military remains a mighty juggernaut, requiring the might of all the world to contest her. The Kaiser of Austria, unfortunately, suffered a debilitating stroke, leaving the command of his armies to the less capable Prinz von Schwarzenberg. He led two ill-conceived campaigns into France, which were both beaten back with minimal losses to either side. However, the years of relative quiet have not lessened the tensions between the nations of Europe, and it is likely that a new war will break out. But where? France remains the chief bogeyman, but musings as to the threat from the east in Russia have been heard, especially now that the Tsar has solidified his hold on Scandinavia and much of the Anatolian Peninsula. Even if France is cut down to size, it is unlikely that peace will reign in Europe.
-Never interrupt your enemy when he is making a mistake.
Napoleon Bonaparte
Top 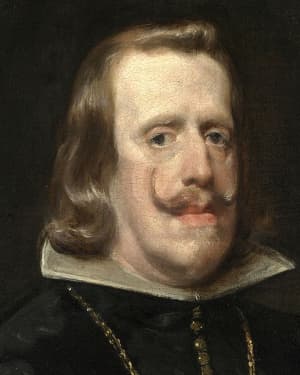 Is MOTE ongoing this week? If so I will take another go at getting it allowed to run by security.

Any battles AHOI in prospect?
Top

At this point I don't know there's any nations left worth taking. Ottomans have been mostly dismantled and have practically no army left, Sweden has disappeared, and all other nations are under the thumb of other powers.

I'd recommend holding off til next game, MotE doesn't play well with hot joining mid-war.
Top

Yeah, pretty much every nation is either consolidated or a puppet now. Plus, most of those puppets are rump states anyways.
-Never interrupt your enemy when he is making a mistake.
Napoleon Bonaparte
Top

I don't think we should do any future sessions without everyone there, the game gets too wonky on balance when we're down even 1. Losing Sweden and Turkey this game left a big vacuum in the east already (which has been to my advantage, but isn't good for overall game balance)

I'll poke my head in around 7:45 to see if we're playing. If we have to postpone this week that's cool too, it is a holiday week after all.
Top

Agreed. The AI in this game is extraordinarily weak vis-a-vis a human player, and the Ottomans without VR went from a legitimate player to basically useless over the course of a single session. Sweden, likewise, could have made a bunch of interesting plays in the Baltic with Prussian/Russian support (depending on who they were targeting), but otherwise they were simply too isolated to defend as AI. If aphro is missing as UK (arguably the second most important country), then a postponement is necessary. We were hesitant with Zarin missing as Austria (which, thanks to good sportsmanship on the part of Alex, didn't turn into a catastrophe), but the loss of the OE and Sweden has led to a dramatic shift in game balance in favor of Russia. It's not a critical balance issue, as France remains powerful, and it's a lot of territory to cover, but it plays against the delicate diplomacy underlying this entire game.
-Never interrupt your enemy when he is making a mistake.
Napoleon Bonaparte
Top

Session for tonight has been called off. We will regroup next Monday assuming all can make it.
Top

I'm in
-Never interrupt your enemy when he is making a mistake.
Napoleon Bonaparte
Top

Following years upon years of war, France has, at last, surrendered to the Coalition. This final war, the bloodiest yet, saw over a million men on both sides fighting in Switzerland, Italy, the Low Countries, and Spain. Alas, the French Army, bloodied and bruised, remained intact, so the peace was not an unconditional one. But the loss of territory is great nonetheless. Northern Italy has been ceded in its entirety to Austria, while the Low Countries are to be added to Prussian holdings. Meanwhile, Southern Italy falls under the auspices of Great Britain, that perfidious enemy who remained at war with France for no less than eleven years (1798-1809). It remains to be seen what effect this will have on the French economy, crucial to maintaining its war machine that has won her so many wars.

This is not to say that the Allies emerged unscathed, however. Despite a few early victories, Prussia's manpower was completely decimated during the war, and the British forces aiding them were also subject to a series of defeats along with their victories. These two armies, once representing the finest in Europe, have now found themselves struggling mightily in recent campaigns.

Meanwhile, the Austrians and especially the Russians have found a new sense of urgency when it comes to their engagements, and they were able to give as well as they got against the French. While they were unable to shatter the Armee d'Italie, their constant pressure ended up being the straw that broke Napoleon's back. Yet, Austria will need to rely heavily on her new satellites to restore her army and her economy, as she risks being overtaken by all of her rivals.

Undoubtedly, the greatest victor of the past decade of warfare has been Russia. Collapses of leadership in Sweden and the Ottoman Empire have allowed the White Bear to expand tremendously, and following the partition of the French Empire, Russia is now recognized as the greatest military force on the Continent. What does this mean for the future of Europe? The Great Powers will be licking their wounds for some time, so it remains to be seen.

However, both France and Russia retain powerful field armies, and Britain's navy remains unchallenged. No single Empire has managed to dominate... yet.
-Never interrupt your enemy when he is making a mistake.
Napoleon Bonaparte
Top

So with Alex out next 2 weeks, what do you guys want to do in meantime? I don't think we should play a session without a France player, at this point it would put the balance out of whack too much. We could potentially shuffle nations around in his absence, perhaps have someone take over France (maybe Mikey and let Spain go AI with understanding no one will instigate war with Spain or take land from it in the event of boneheaded AI move?)

Also, I think we should consider putting an end date to this campaign. 1836 will take way too long to get to, and will be rather boring to boot with all the ideas starting to get gobbled up. I think 1820 is probably the longest this could realistically stay interesting, even that may be pushing it a tad.

Also, any ideas on what to play next? The talk of Vicky 2 has got me thinking about it again, would be fun if we could get a 6-8 player game of Vicky consistently going.
Top

What about an EU4 scenario? There are a bunch of start dates that would be interesting to run as a short game. War of Spanish Succession (France, Spain vs Austria, England, Netherlands), American Revolution (Britain vs US, Spain, France, Dutch), Seven Years War, etc. Might be fun to run a quick early modern campaign.